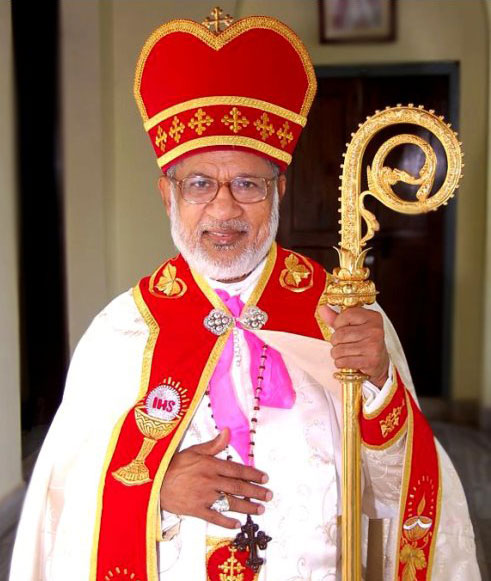 Mar George Alencherry was born on 19th April 1945 in the parish of Thuruthy in the archdiocese of Changancherry as the sixth child of the ten children of Mr. Philipose and Mary Alencherry Geevarghese is his baptismal name. Mar George Alencherry had his primary schooling at St Mary’s School, Thuruthy and secondary education at St Berchmans’ High School, Changanacherry. He began his priestly formation in 1961 at the archdiocesan minor seminary at Parel, Changanacherry. While he pursued his studies in the minor seminary, he obtained his BA in Economics from St Berchmans’ College with second rank in the University of Kerala. After the minor seminary studies he was sent to St Joseph’s Pontifical Seminary, Aluva where he completed his philosophical and theological studies.

On 18 December 1972 Cardinal Antony Padiyara, the then archbishop of Chanagancherry, ordained him priest at St Mary’s Church, Thuruthy, for the archdiocese of Changanacherry. Later he continued his higher studies at the Pontifical Institute of Theology and Philosophy from where he obtained his master’s degree in Theology in first rank. On returning to India in 1986 Mar George Alencherry served a short period as Secretary to Archbishop Mar Joseph Powathil and then was appointed Director of the pastoral Orientation Centre (POC) at Palarivattom and deputy secretary of KCBC. He served the Church in Kerala in that capacity until 1993. Simultaneously he had served also as professor at St Thomas Apostolic Seminary, Vadavathoor. He continued to teach at Vadavathoor until 1997. From 1994 to 1996 he was the protosyncellus of the Metropolitan of Changanacherry. When Pope John Paul II established the diocese of Thuckalay on 11th November 1996 Mar George Alencherry was appointed its first bishop. He was ordained bishop on 2nd February 1997 at Thuckalay by Mar Joseph Powathil, the then archbishop of Changanacherry. As bishop Mar George Alencherry served the Syro-Malabar Church in his capacity of the secretary of the Synod of Bishops and chairman of the Syro-Malabar Major Archiepiscopal Commission for Catechism. He has also served as chairman of the Commission for Laity of the catholic Bishops’ Conference of India (CBCI).

On 26th May 2011 the Syro-Malabar Major Archiepiscopal Synod elected Mar George Alencherry as the father and head of more than 40 lakhs Syro-Malabar faithful living all over the world. His enthronement as the Major Archbishop of the Syro-Malabar Church and as the Archbishop of Ernakulam-Angamaly took place at St. Mary’s Cathedral Basilica, Ernakulam on 29th May 2011. His Holiness Pope Benedict XVI nominated Mar George Alencherry a member of the college of cardinals on 6th January 2012. At the consistory on 18th February 2012 he was raised to the dignity of a cardinal. He is a member of the Congregation for the Doctrine of Faith, of the Congregation for the Eastern Churches and of the International Council for Catechesis. His Beatitude participated in the Conclave which elected Pope Francis. 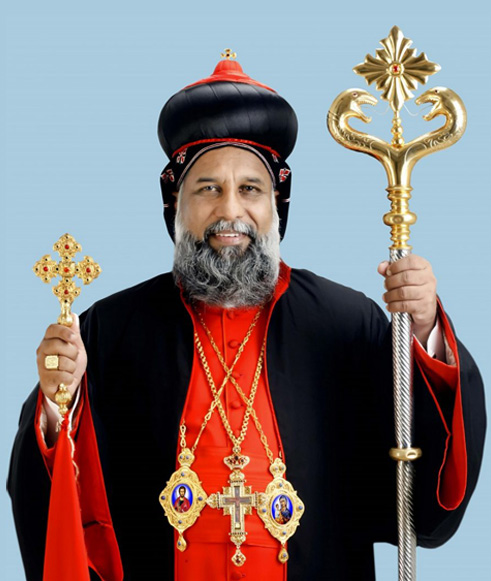 His Beatitude Moran Mor Baselios Cardinal Cleemis, was born on 15 June 1959 as the son of the late Mathew and Annamma at Mallappally He was given the name Isaac. After his primary education he joined the Infant Jesus Minor Seminary of the Eparchy of Tiruvalla in June, 1976. Bro. Isaac completed his Pre-degree studies in St. Berchman’s College, Changanacherry. Then he was sent to St. Joseph’s Pontifical Seminary, Aluva for the philosophical studies.

After completing his philosophical studies and a year of regency, he was sent to the Papal Seminary, Pune for his theological studies. On 11 June 1986, His Excellency the Most Rev. Dr. Cyril Mar Baselios ordained him a priest for the Eparchy of Bathery.Fr. Isaac Thottunkal was then sent to Dharmaram College, Bangalore to do Masters in Theology. Fr. Isaac Thottunkal returned to Sultan Bathery and served as the Rector of the St. Thomas Minor Seminary and the Parish Priest of the St. Thomas Cathedral in Sultan Bathery. Then he was sent to Rome to do Doctorate in Theology. In 1997, he completed his Doctorate in Ecumenical Theology from the University of St. Thomas Aquinas, Rome.

Msgr. Isaac Thottunkal was appointed Auxiliary Bishop of Trivandrum and Apostolic Visitator to North America and Europe on 18 June 2001 by Pope John Paul II. He was ordained a Bishop on 15 August 2001 at Thirumoolapuram, Tiruvalla by His Grace the Most Rev. Dr. Cyril Mar Baselios. On 11 September 2003 His Excellency Isaac Mar Cleemis was appointed Bishop of the Eparchy of Tiruvalla and he was installed in office on 2 October 2003 at St. Johns’ Cathedral, Tiruvalla. In February 2006, he was elected the Vice President of the Catholic Bishops’ Conference of India. On 10 June 2006 he was installed as the Metropolitan Archbishop of Tiruvalla at St. John’s Cathedral, Tiruvalla.